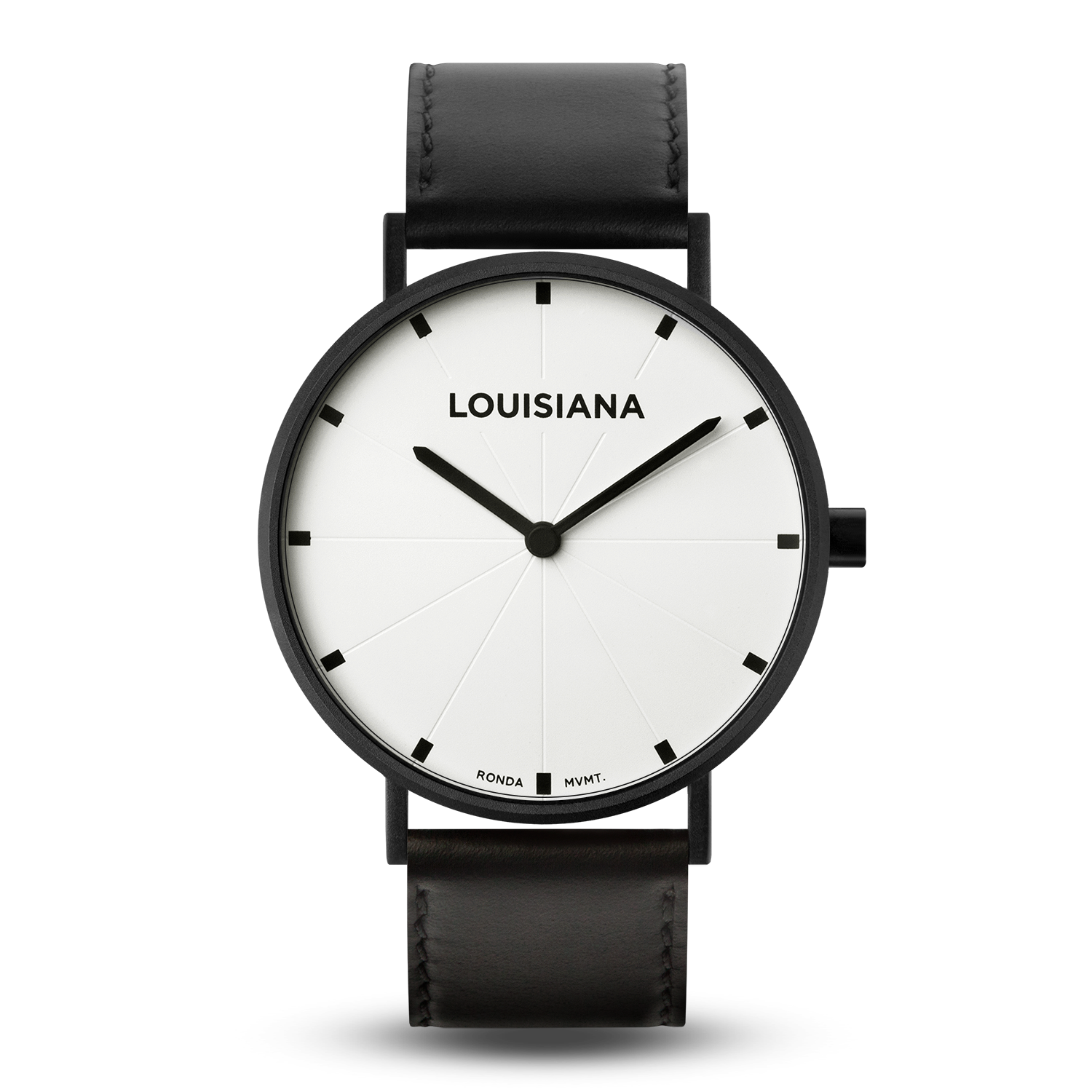 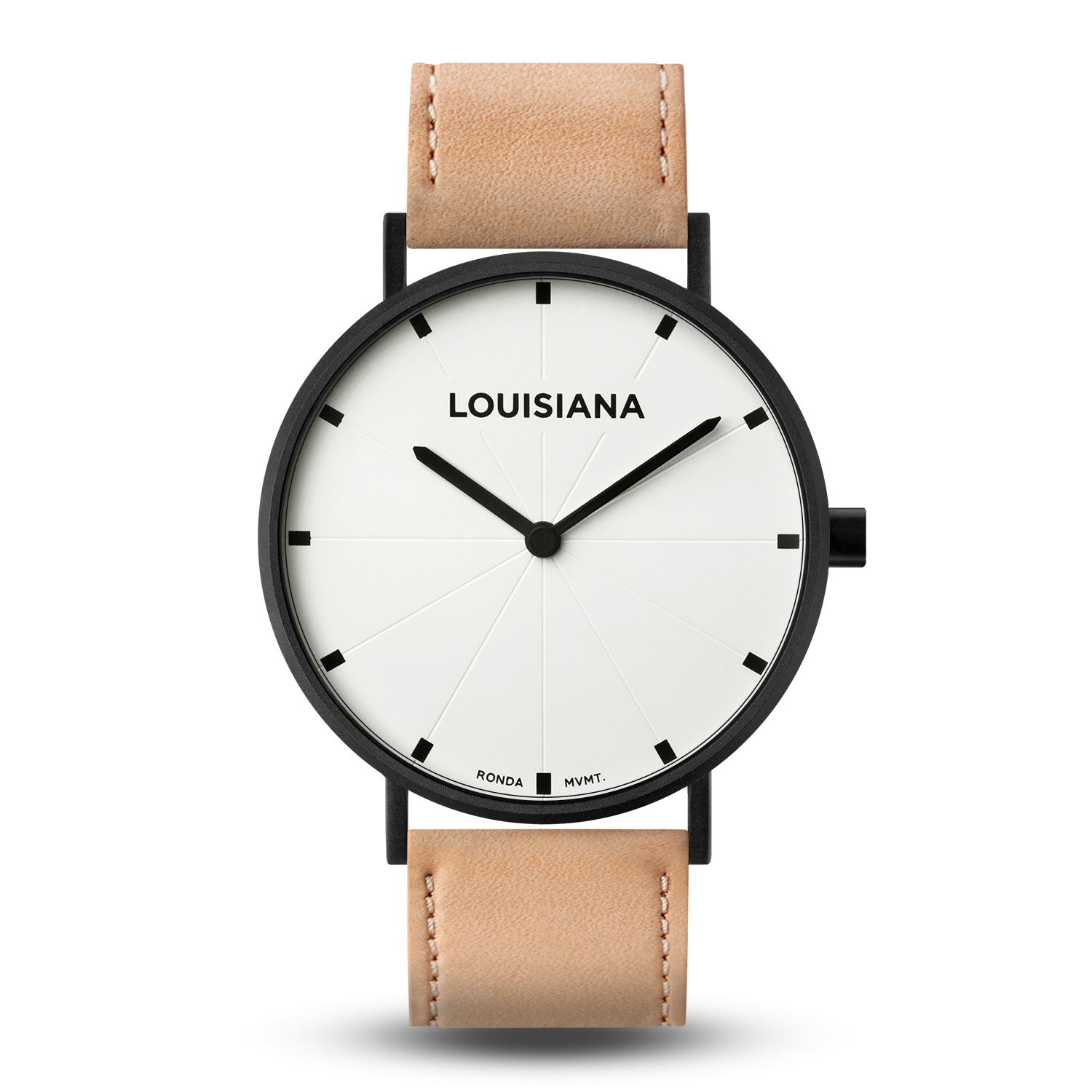 Louisiana Museum of Modern Art is considered a major work in Danish modernist architecture. In the well-balanced style of the late 1950's discreet modernism, the architecture is dominated by clean lines, geometrical shapes and the repetition of these.

We've translated these shapes - especially the repetition of rectangles seen in the iconic glass panels of the museum - into an understated and minimalist watch which is only available at Louisiana (recently awarded the "World's Best Museum Store") and in our webshop. 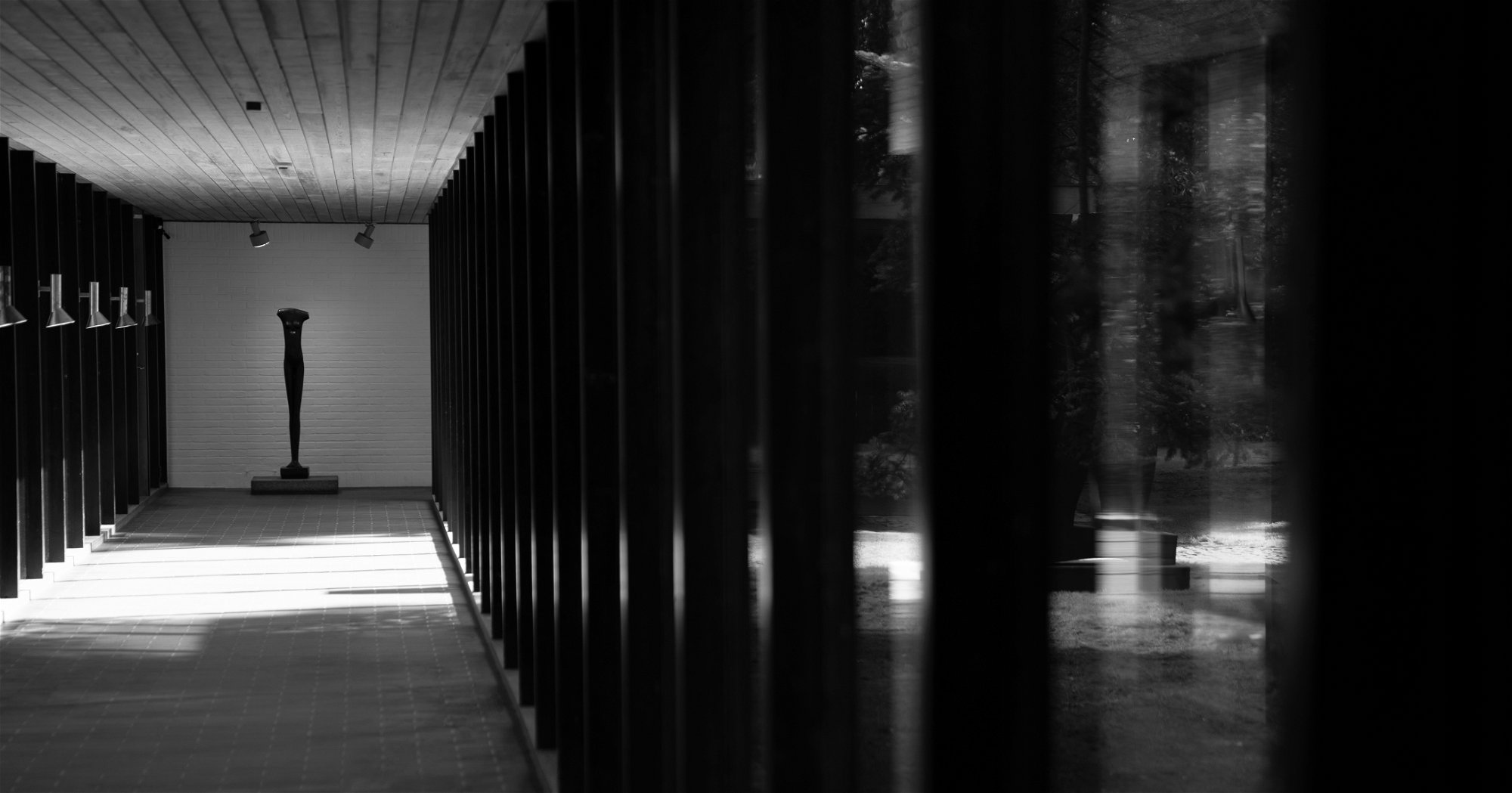 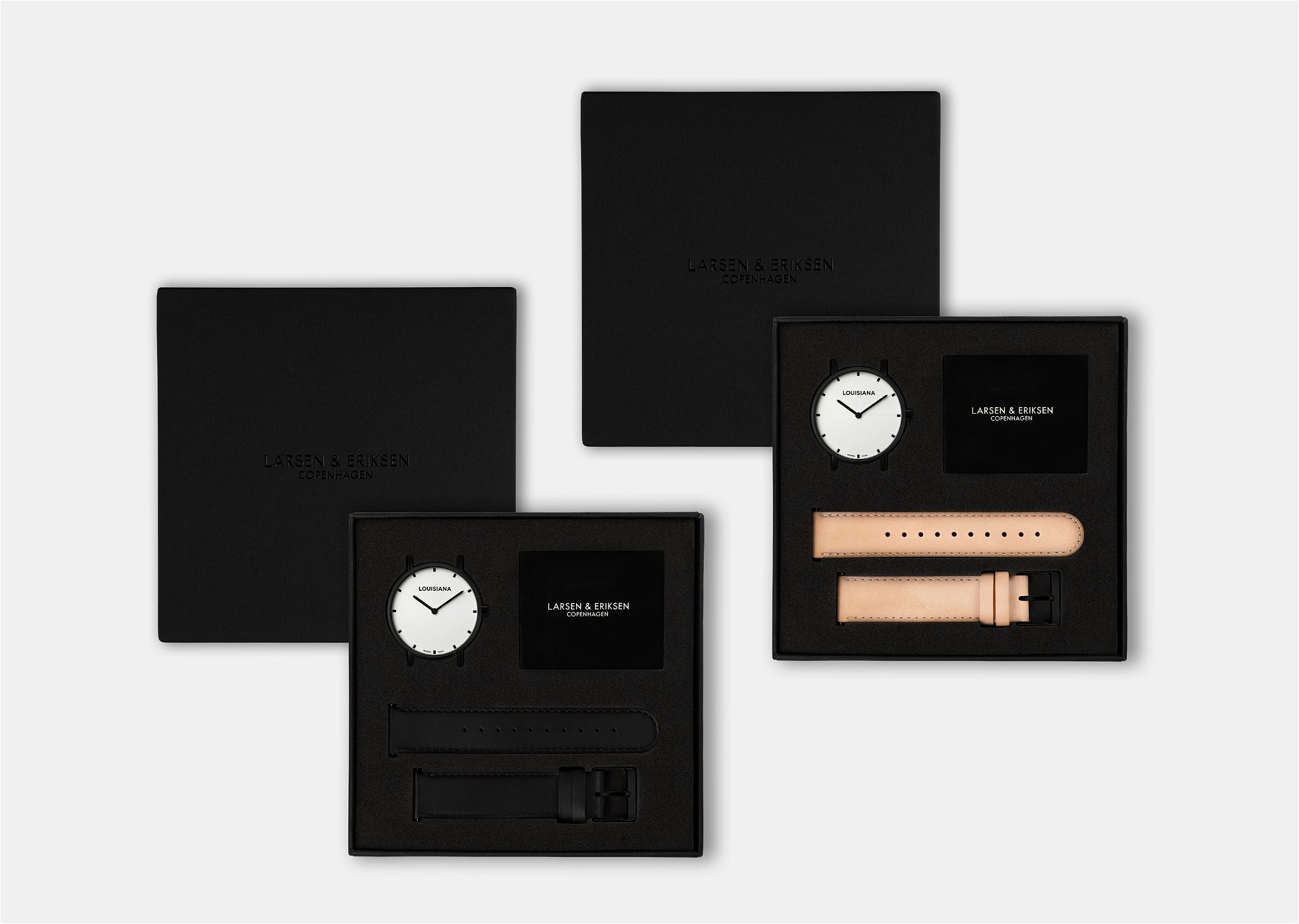 The multiculturalism of Los Angeles and San Francisco, especially the growing Japanese community, had a deep impact on the architecture found in Southern California, and the references to the simplicity of Japanese architecture, are obvious at Louisiana. It has been said that from the beginning, that two factors were critical to Louisiana's architecture: coherence and gentleness. We've worked closely with the creative department of Louisiana to ideate a watch design that conveys both factors. 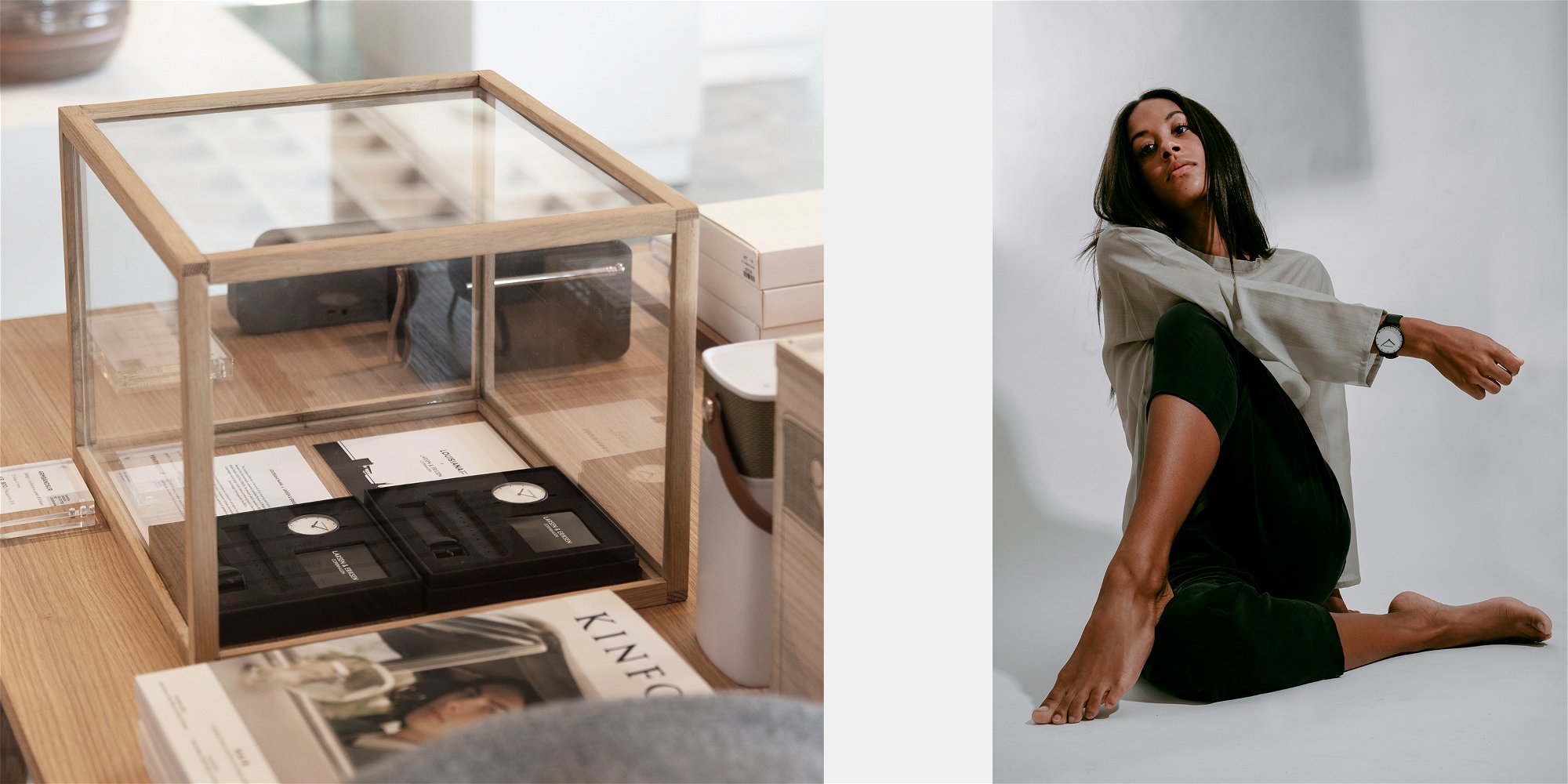 The Louisiana collection boasts the same minimalist design and high quality as our Absalon collection: the Swiss movement makes sure that you never miss a beat, and the genuine calf leather straps are easily interchanged. 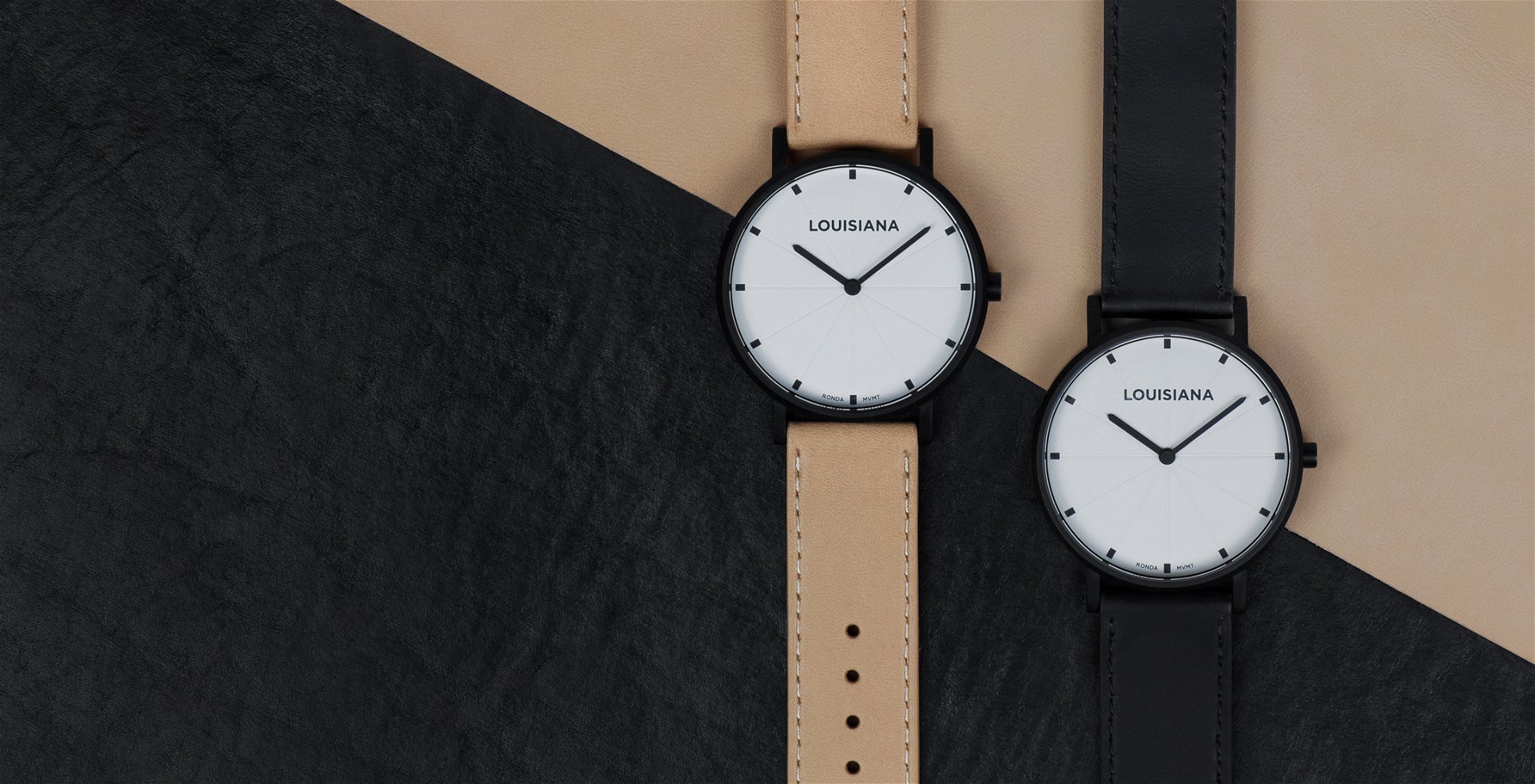 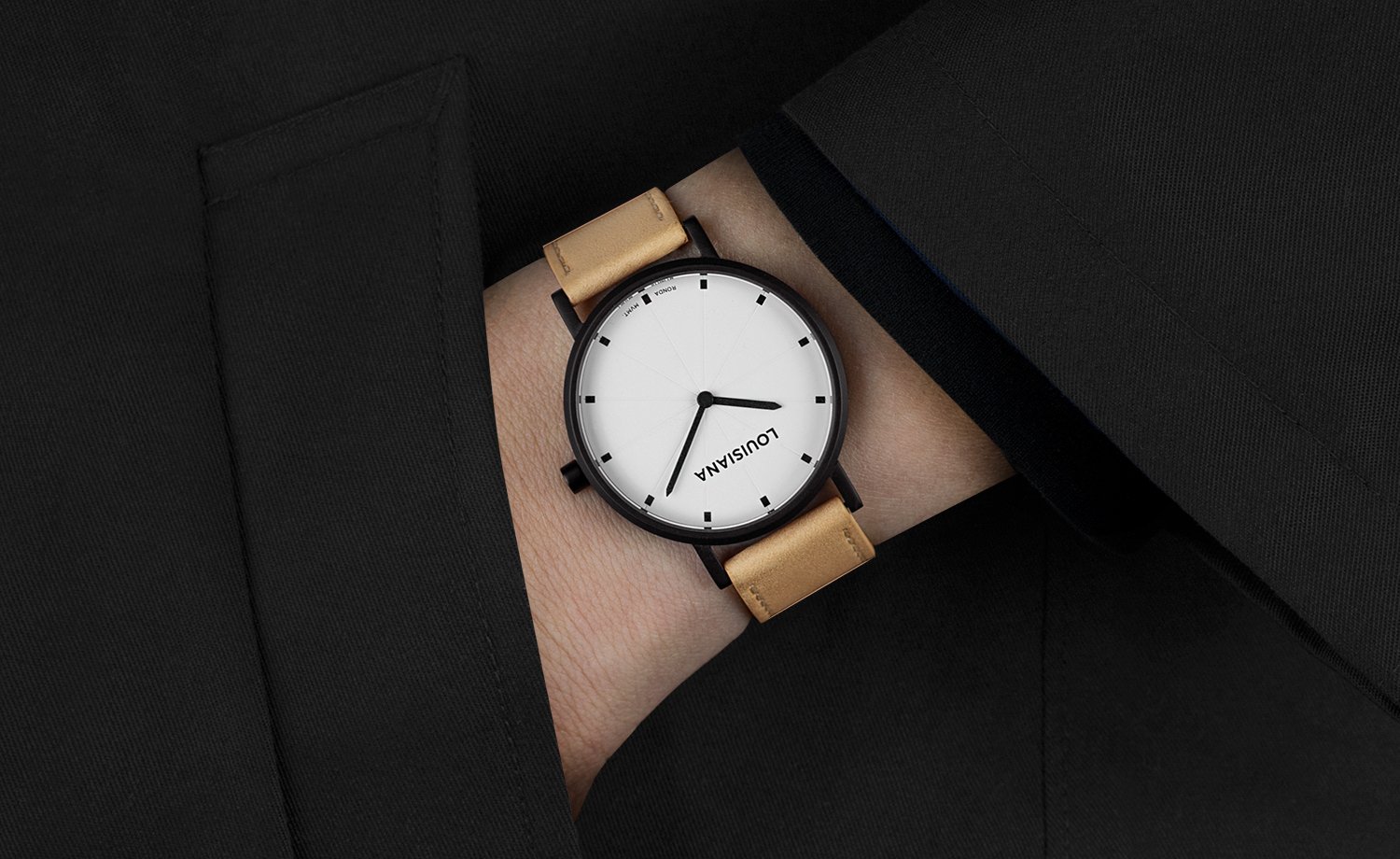 The Danish design legacy of especially the 1950’s permeates everything that leaves our design studio and thus, a collaboration with Louisiana was the perfect match for our first official design collaboration.